The Vendee Globe is definitely a race that people endure in order to tell tales that can seem more fantastic than movies or books even. For instance, the fifty six year old sailor who has recently raised the white flag as his boat was damaged by a submerged object. 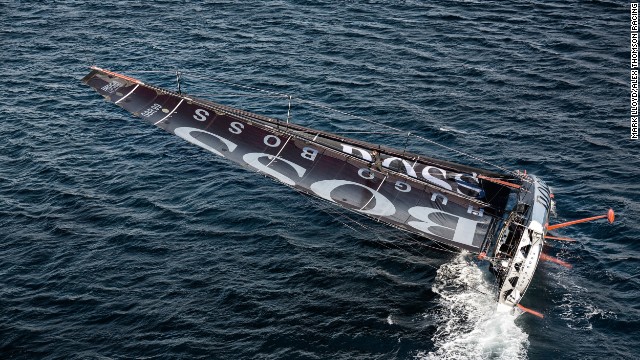 He is known to be a Rambo in the sailing community. Not only has he achieved much in the Vendee Globe races which are struggling for endurance, he even has stories to tell that might be difficult to believe. For instance, he suffered a cut in his tongue and had to sew it back on while he sailed alone and unassisted in the early nineties. That is how Vendee Globe races can be as they are solo expeditions for sailors who need to complete a certain number of nautical miles across the world.

The latest race is not without incidents, which have started off from Athens, within two weeks of the expedition of this year. For instance, Alex Thomson has suffered damage to his boat just as he was about to break the record that was existing of having covered a certain number of nautical miles. Thomson has had the advantage of flying a boat with lifting foils that literally keeps the boat above water, allowing it to move at considerable speed and keeping the load light.

However, due to a submerged object that cut through the foil of his boat on one side, Thomson will now have to move at a slower pace as the torn foil hinders movement of the boat. He cannot do anything about it besides cutting off a bit of the torn part or wait till he reaches the Cape of Good Hope when the waters would be calmer and he would receive assistance in the port area.

There was a plea made by him for his record breaking miles to be considered for official records, but the authorities refused to accept it as he failed to complete a whole mile above the existing record.